I'm Jason from Carltonaut's Travel Tips. There's something about exploring a really big ship full of aircraft and history. The Intrepid Sea, Air and Space Museum in New York City is a great place to explore during a visit to the Big Apple. You'll not only find airplanes, but you'll get to climb through a submarine and see a genuine space shuttle.

Here's what to expect at the Intrepid Museum. Be sure to check out my money-saving tips at the end. Climb Through the USS Growler Submarine

After picking up your tickets and entering the plaza of the Intrepid Sea, Air & Space Museum, the best place to start is at the USS Growler. It's a guided missile submarine – and the only one open to the public. The tour begins in a building next to the submarine, which provides a history of the Cold War, the Atomic Age and more. You can also test your skills at identifying underwater objects using sonar.

Walk through the missile hangar, torpedo rooms, control room and of course, the rooms where the crew ate and slept. The submarine is a great way to start your visit to the museum. The Flight Deck of the Intrepid Sea, Air & Space Museum

Next, make your way up to the flight deck. You can take the stairs or the elevator. There are three main things you'll want to explore on the flight deck:

I spent the majority of my time on the Intrepid in the Space Shuttle pavilion. I'm fascinated with space, so the opportunity to stand under one of only four space shuttles on display was amazing. I'd only seen one other space shuttle in person, and that was at the Kennedy Space Center in Florida. The gallery deck is sort of a maze. I found myself wandering through random doors and running across some interesting parts of the Intrepid. The gallery deck includes the anchor chain room and sleeping rooms for the officers and junior officers.

Explore the guns on the side of the ship. They're large and have seats you can sit in to get a feel for what it would've been like for the sailors. The command information center and ready room provide a glimpse into the life of the sailors and aviators who were defending our country. 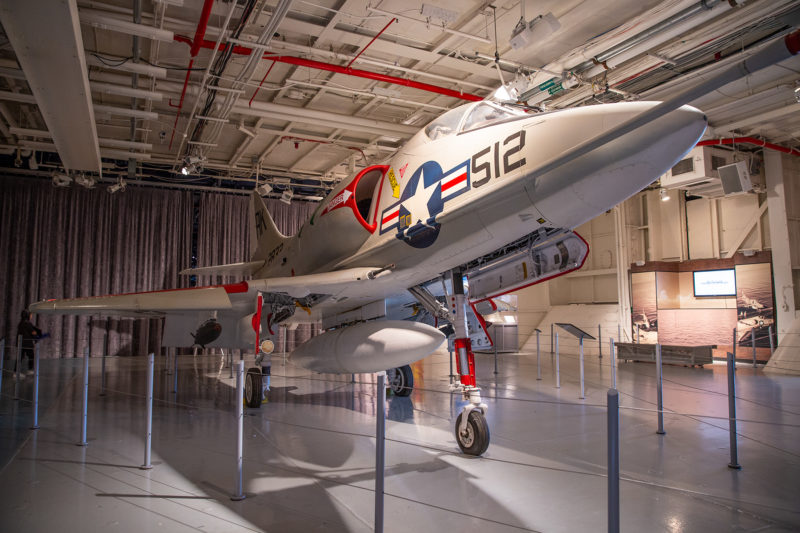 Interactive Exhibits on the Hangar Deck

The hangar deck is the largest open space of the Intrepid Sea, Air & Space Museum. There are aircraft on display, and multiple special exhibitions:

There's also a short film that provides insights into the kamikaze fighters. It's shown on multiple screens in the middle of the hangar deck. There's also an interactive exhibit, Submerged, and a 4D experience and G-force simulator you can check out if you're interested.

It's on the hangar deck where you'll learn the most about the military ship and the history surround its time on active military duty. 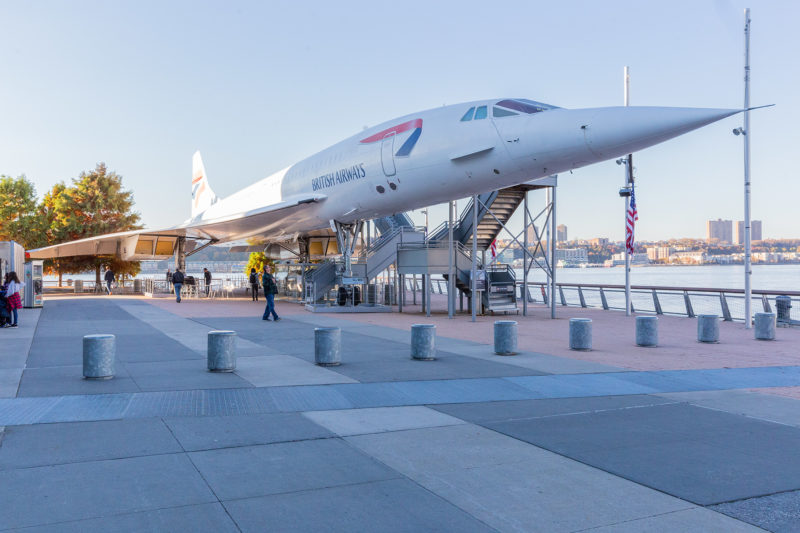 Before leaving the ship, head to the third deck and see where the crew members prepared meals and dined while aboard the ship. There's even a little cafeteria if you need to grab a bite to eat.

Once you exit the aircraft carrier, stop by the end of the plaza to see the British Airways Concorde. The only way to explore inside the plane is on a guided tour. But you can walk around it to get a sense of its size.

Afterward, you're ready to head to the gift shop to pick up a souvenir. There are patches, keychains, clothing, books, mugs and so much more.

Don't pay full price! There are several ways to save money on admission to the Intrepid Sea, Air and Space Museum. These visitors get in free every day.

Intrepid Museum is included in these money-saving passes, along with the Empire State Building, Statue of Liberty and many more. If you'll be visiting several popular New York City attractions, one of these passes will probably save you money.

We like CityPASS because it's less expensive and doesn't count teens as adults. However, CityPASS will make you choose between the 9/11 Memorial and Museum and the Intrepid Sea, Air and Space Museum. The other passes are more flexible.

No matter how you visit, the Intrepid Sea, Air and Space Museum is a great destination for families. Where: The Intrepid Sea, Air & Space Museum is located on the west side of Manhattan on Pier 86, 12th Ave. & 46th Street.

How much: $33 for adults. Children 4 and under are free. See current prices and options at https://www.intrepidmuseum.org/Plan-Your-Visit/Purchase-Tickets

How long: You should plan on anywhere from 1-2 hours for your visit.

Amenities: There are restrooms available in the welcome center, along with a few places on the ship. There's also a cafeteria if you want to grab lunch, and a gift shop for souvenirs.

Disclosure: I received a complimentary tickets to the Intrepid Sea, Air & Space Museum for the purpose of review. All opinions are my own.