We only had one day to spend at Disneyland Paris and wanted to maximize it by going on the best rides.

I have older kids (ages 11 and 14), and we all love rides. With such a short time in the parks, riding as much as possible was our top priority. Between ride closures and limited time, we didn't get to ride every ride on our list, but we hit most of them.

This list focuses on the best, most exciting, most iconic rides inside the two parks at Disneyland Paris. Keep in mind that this list doesn't even cover half the rides and other attractions at Disneyland Paris. There is a whole lot more to do. Disneyland Paris has a number of outstanding walk-through experiences, parades and shows that you won't find at other Disney parks. 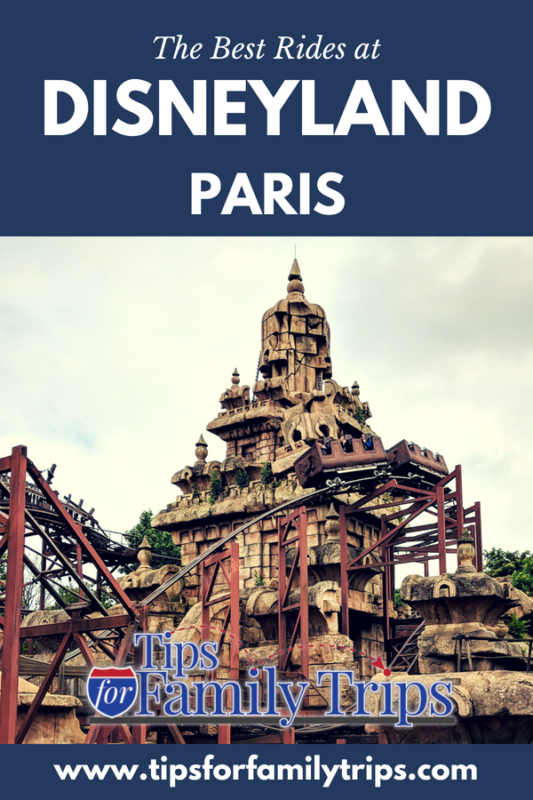 This park is the classic Disneyland experience. The beautifully ornate Sleeping Beauty Castle sits in the center and it is organized much like Disneyland in California or the Magic Kingdom in Walt Disney World.

Here are the best rides in Disneyland Park. Big Thunder Mountain – This is one of the biggest and best rides at Disneyland Paris. My family thought it was better than the original version at Disneyland and rode it three times. This ride is popular, and was unexpectedly shut down for part of the day while we were there. FASTPASS is available, and I recommend using it to avoid a long wait.

Phantom Manor – Sadly, the Disneyland Paris version of The Haunted Mansion was closed on the day we visited, so I'm recommending it based on reputation. It's set in Frontierland, and has some Wild West theming. Prior to renovation, Phantom Manor was centered around the story of an unfortunate bride, and was reportedly creepier than its counterparts in the U.S.A. The updated version will be unveiled later in 2018!

Star Wars Hyperspace Mountain – This ride was also closed on the day we visited. However, I love the Star Wars overlay at Disneyland in California, and I understand that this dark indoor coast

er at Disneyland Paris is even more intense. FASTPASS is available, and you'll want to have one to avoid a long wait.

Related: One Day at Disneyland Paris 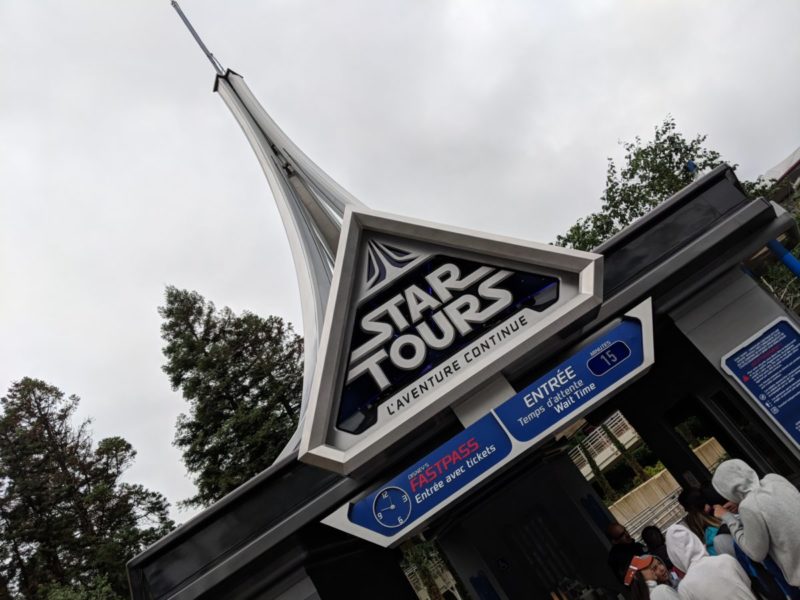 Star Tours: The Adventures Continue – This one looked and felt just like Star Tours at Disneyland in California. We love that ride, so we were excited to try it in Paris. You can skip it if you'd prefer to focus on attractions that are unique to Disneyland Paris. FASTPASS is available.

Indiana Jones and the Temple of Peril – You won't find this thrilling Indiana Jones themed coaster at any other Disney park. If your family likes coasters, put it on your list. That said, this ride is nothing like the wonderful Indiana Jones Adventure at Disneyland in California. It's a fairly straightforward roller coaster, and not even the best coaster at Disneyland Paris. It has FASTPASS, but you may not need it.

it's a small world – This was to be our last ride of the day, and then it temporarily closed and we missed it. I understand that this ride is similar to the Disneyland and Magic Kingdom version. It's a Disney classic for all ages that loads quickly, so you should be able to ride without a long wait any time of day.

Peter Pan's Flight – This whimsical ride over nighttime London and Neverland in a pirate ship is a lovely experience. My family often skips it in California because of long lines. At Disneyland Paris, you can get a FASTPASS and spend less time in line. Walt Disney Studios Park is not as large as Disneyland Park, but if your family loves Pixar and Marvel superheroes, there is a lot to like. It feels somewhat similar to Disney's Hollywood Studios at Walt Disney World.

Here are the best rides at Walt Disney Studios Park. Ratatouille: The Adventure – You almost have to visit Walt Disney Studios Park just for this ride alone. You won't find it at any other Disney park in the world and it's so imaginative. You'll glide from scene to scene in Gusteau's kitchen where 3-D effects will make you feel like you are moving a lot more than you are. FASTPASS and Single Rider lines are available.

Crush's Coaster – This indoor coaster features Crush from Finding Nemo. It's a must for families who love thrills. You'll race through the “ocean” while your car rotates in every direction. FASTPASS was not available for this one, and the Single Rider wait wasn't much shorter. Ride it early in the day, if possible. For kids, this line does offer Wifi and a mobile game to help pass the time. The Twilight Zone Tower of Terror – At Disneyland in California, this ride has been re-themed to Guardians of the Galaxy, so riding the Twilight Zone version at Disneyland Paris was a blast from the past. I usually hate rides with big drops, but I love Tower of Terror every time. Disney imagineering makes all the difference. FASTPASS is available.

Rock n Roller Coaster Starring Aerosmith – The original version of this coaster can be found at Walt Disney World, but my first experience with it was at Disneyland Paris. It's a dark coaster like Hyperspace Mountain, set to an Aerosmith soundtrack. This coaster is intense and lots of fun for families who love big thrills. FASTPASS is available. Toy Soldiers Parachute Drop – I rode this gentle vertical-drop ride with my kids, and we enjoyed it even more than we expected. Enjoy a bird's eye view of the park and mild thrills that are appropriate for young children. We cut our wait to less than 10 minutes in the Single Rider line. Single Rider is a good option for families with older kids (8 and up) who would rather ride fast than ride together.

Cars Quatre Rous Rallye – This Cars-themed ride is similar to Mater's Junkyard Jamboree at Disney's California Adventure. We skipped this one, but it's colorful and fun for Cars fans and families with younger children.

Disclosure: Disneyland Paris provided my family with two complimentary park passes and four complimentary VIP FASTPASSES for the purpose of review. I purchased two additional park passes. All opinions are my own. Need a place to stay? It's fairly easy to reach Disneyland Paris by train from Paris. However, if you plan to visit the parks for more than one day, you may want to book a hotel nearer the park. Disneyland has several on-property hotels, and there are other options nearby. Click the button to check rates and read reviews for hotels at or near Disneyland Paris at TripAdvisor.com.